Let’s Get on Down with James Crown!

We have another fresh release dropping for pre-orders tonight! 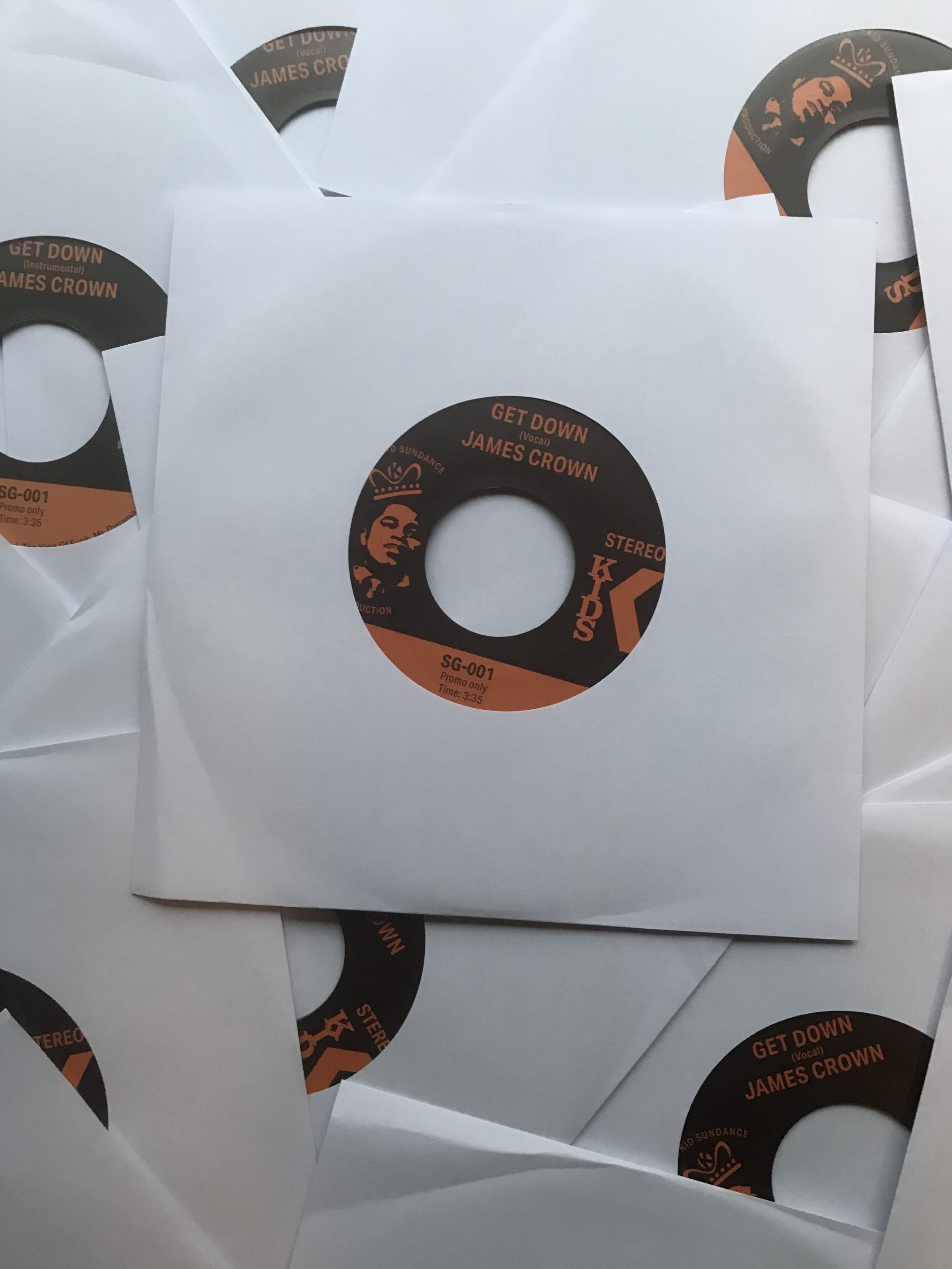 The James Crown – Get Down 45 is a tribute to the one and only Godfather of Soul, the King of Funk, Mr. Dynamite, “The Hardest Working Man In Show Business” himself: who that is, must be quite obvious. The vinyl-only release is a collaboration by Dutch Gems, Rucksack Records & Fair Deal.

The producer behind this record is another hard-working man. In the hip-hop biz, that is. Dutch DJ and producer Kid Sundance is active as an recording artist since the mid-80s and released music with various artist like Boomoperators, Busy Bee and Dudley Perkins a.o.

The backbone of the track—the chopped drums and guitar—was made on the SP-1200. The separate stems in Logic X inspired Kid Sundance to add a chopped bassline with his ASR-10; also from a James Brown record. The same goes for the horns. He played the chops and riffs himself on the SP-1200 and the ASR-10. “From a creative point of view, that was very important to me,” Kid Sundance says. “I wanted to use combinations of samples, not to use entire hooks.” It took a month before Kid Sundance decided to add JB vocals and cuts to the instrumental track, as the crown on his work.

The James Crown – Get Down 45 is available for pre-orders via Bandcamp (Rucksack Records & Dutch Gems) and carefully selected record stores worldwide.